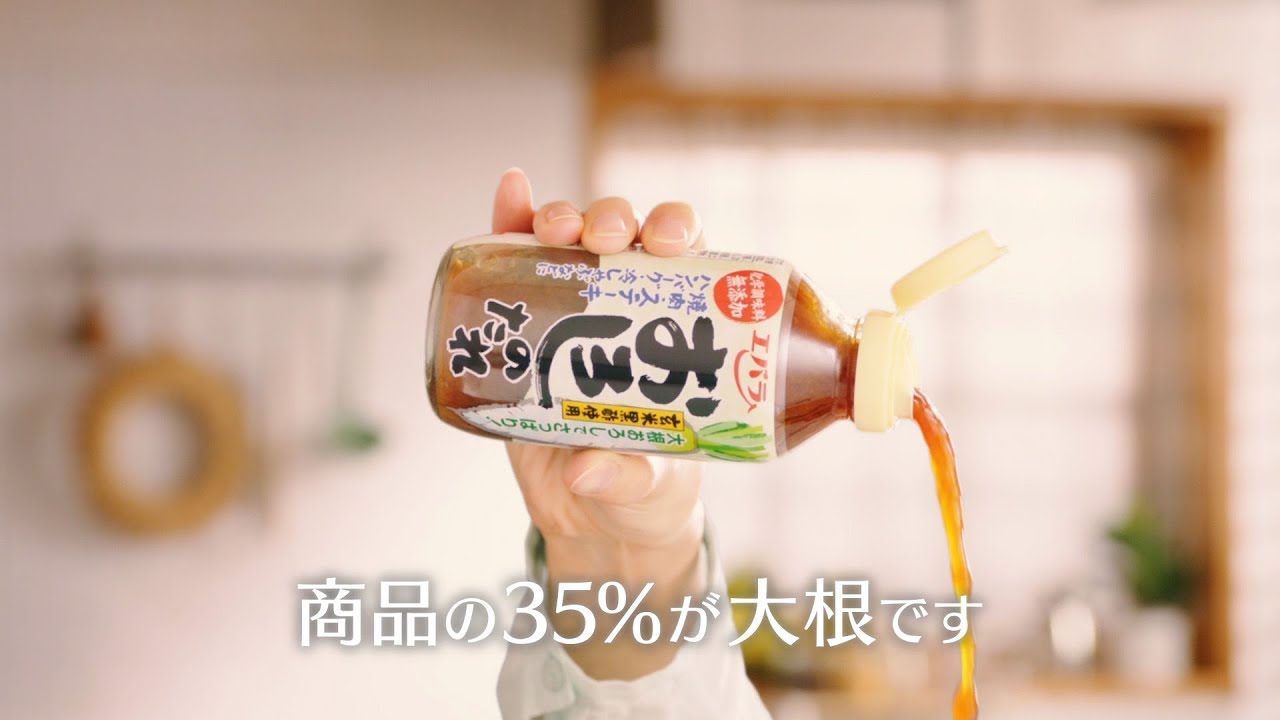 the narration is saying “We grated white radish deliciously. then it became grated Sauce!” and mother “Aina Nishiaki” and father and her child says “I like this much of grated radish!” and the narration says “Guzaikan”(feeling of eating ingredients) . finally, the TV ad introduces another one of onion version.

Aina Nishiaki was born in 1986/10/10 in Chiba Pre. she is a fashion model. she belongs to spacecraft. in 1996, she was debuted as a young sister of Ryoko Hirosue in the TV ad of NTT docomo pocket bell. she was in Love-con, shaorin-girl, how to make correct prince. also she was in the TV cm of Pablon, Ito-ham etc. She is also in Bayside Shakedown of Japanese movie.