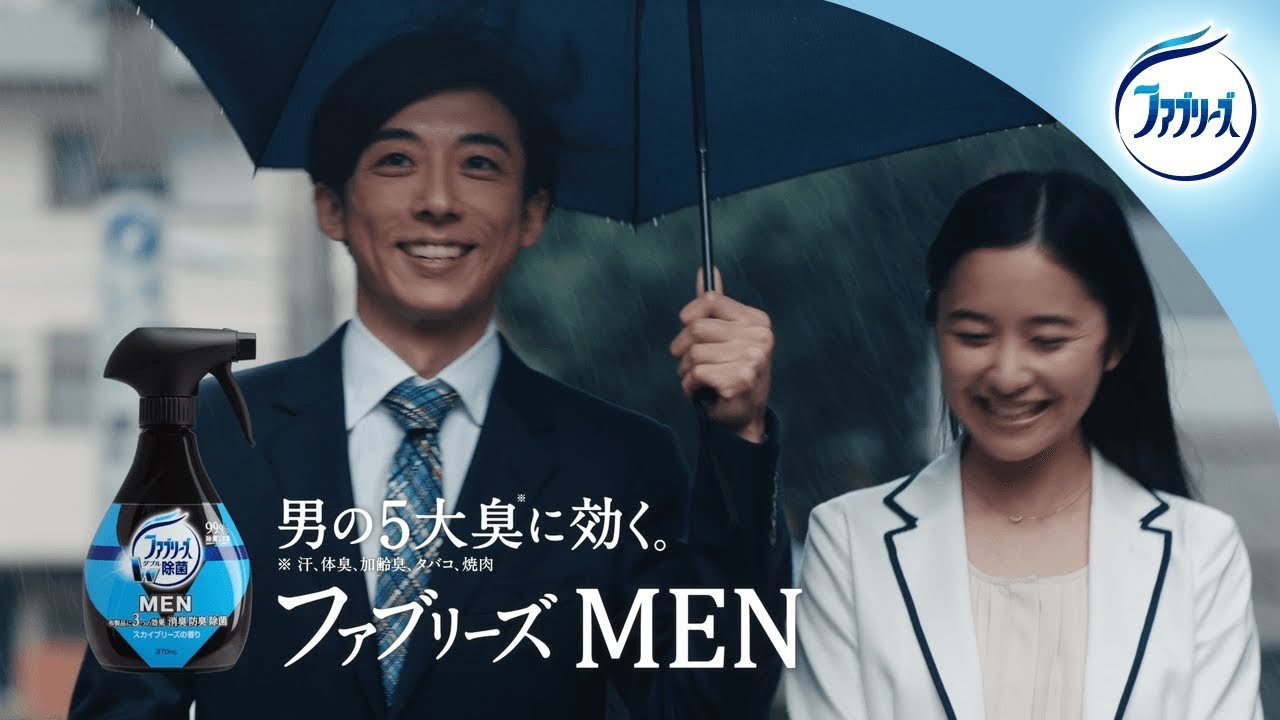 Issei Takahashi is playing a role of normal Japanese office worker. He jumped into a train and mind his smell of his sweat and cute girl, Mayu Hotta looked at him and smile. he used Fabreeze to try to erase the smell. a Station attendant got closer him and check the smell? next, the lunch time, he grilled meats. the smoke went to his eyes and looked back and he found her again. and she smiled again. The smell of smoke in smoking room, then he used Fabreeze to ease the smell. and she smiled again. and Fabreeze again. finally, it was raining the working time is finished, and the girl was standing at the entrance. and the girl sunddely said “I have been always caring about you(I gueess I like you)” and He got surprised. and red expensive nice car stopped near them and the man said “Why don’t you get in my car” and Issei Takahashi said “no” but she seems she liked it…. and said “It is cool!!”
the TV ads wants to address the concept “Smell attracts women but it is not always…”

She is an actress who is also the cast of “ChearDan”. she was also in “Solomon’s Perjury”. She belongs to “amuse” as her office. She was born on 1998/4/2 in Shiga Pre. She is really good at Ballet as she is doing more than 10 years. she was the finalist of “audition fes 2014. Her fan should know that she is in “Warotenka” NHK drama, she played a role of “Rin” who is a sister of main cast “Ten”